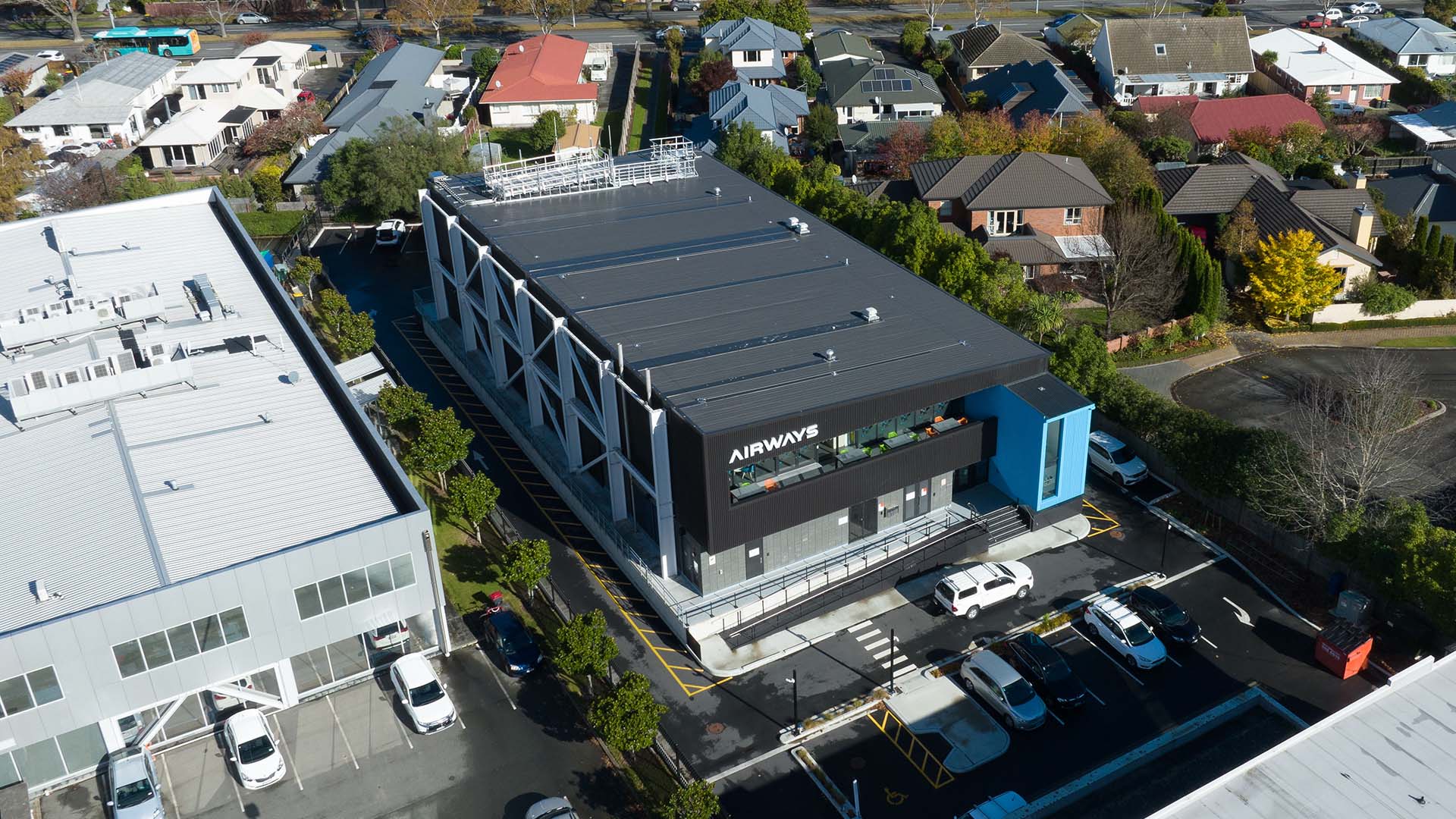 The property comprises of a substantial suburban office holding offering three separate buildings over two titles. The original building known as the Andy Herd Building (AHB) was constructed in the late-1980’s and sits on its own title.  At the centre of the site is the Airways Development Centre (ADC) which was completed in the mid-2000’s. In the south western corner of the site is the newly constructed Air Traffic Control (ATC) building. This two-level building will accommodate the new air traffic control centre for the tenant – Airways Corporation of New Zealand Limited.