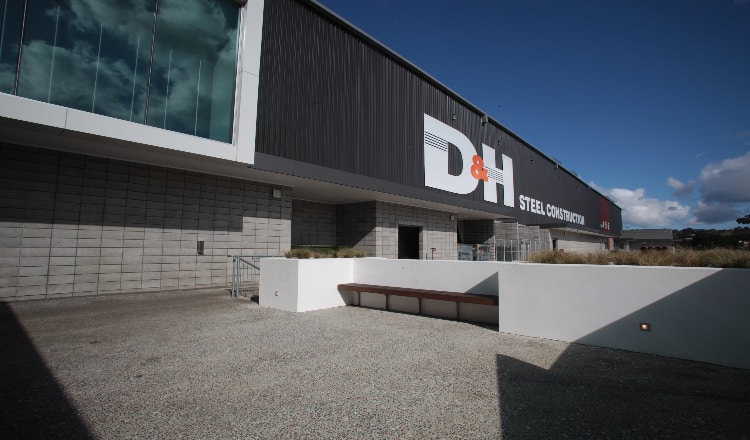 The fund has been established to invest solely in industrial property with an initial portfolio of four properties – three in Auckland and one in Wellington with a current valuation of about $118 million.

A total of 75 million $1 shares will be offered in Augusta Industrial Fund Limited (branded Augusta Industrial) which are being marketed by Mike Houlker, Samara Phillips and Sarah Prebble of Bayleys’ Syndication and Investment Products division. The offer closes on June 11, 2018.

“Most of Augusta Funds Managements offerings have been of single property assets, while this is an offering of shares in Augusta Industrial which will own a number of assets providing tenant and location diversification.

“Augusta Industrial has selected the industrial property sector that has consistently outperformed other commercial property sectors with the highest total returns over the last five years and which is experiencing strong demand from both investors and occupiers.

“Four industrial properties have been unconditionally purchased so far with the intention of adding further properties through further public offerings at a later stage.”

Francis says the properties selected are forecast to provide an initial pre-tax cash return of 6.5 per cent per annum for the March 2019 and 2020 years – with the rental risk spread across 15 tenancies with a weighted average lease term of 8.7 years.

“One of the Auckland properties located in Penrose will also offer an opportunity to add value with several options being considered for a substantial amount of surplus land on the front portion of that site.”

Francis says another noticeable feature of Augusta Industrial will be a minimum subscription threshold of $10,000 compared with $50,000 for Augusta Funds Management’s single asset offerings. Investors can apply for a minimum of 10,000 shares and thereafter multiples of $1000.

“A lower minimum public subscription of $10,000 makes the offering accessible to a much wider range of investors.”

Augusta Funds Management’s parent company, NZX listed Augusta Capital will be a cornerstone investor with a minimum of $7.5m or 10 per cent of the shares.

“This means Augusta Capital’s interests are aligned with the fund’s shareholders and there is a significant incentive to ensure the fund is performing well.”

Francis says the fund intends to apply to be listed on the NZX Main Board. “Augusta Industrial will strategically select further properties for inclusion in the fund and, over the next two-to-three years, once the approximate gross asset value reaches $250 million and subject to shareholder approval and that of the NZX, Augusta Industrial intends to apply to be listed.”

The four properties that have been initially selected for Augusta Industrial have a total purchase price of $114,074,000 and comprise 67,784sq m of net lettable space which is 100 per cent occupied. They are:

862-880 Great South Road, Penrose – A 2.37 ha site with tenant Graphic Packaging International NZ due to take a new eight-year lease later this year over about 8450sq m of industrial premises on the rear portion of the site. This will include a new office area and truck canopy and a reconfigured yard area of over 5000sq m which will also provide around 120 car parks

Graphic Packaging International NZ is part of a multinational packaging group which is listed on the New York Stock Exchange, with the lease guaranteed by its Australian holding company.

Approximately 9000 sqm of prime industrial land at the front of the site, with 135m of frontage to Great South Rd, is available for redevelopment. Augusta has entered into a conditional agreement to sell about 4000sq m of this land to a third party. If the agreement proceeds, Francis says it will result in a pre-tax profit of approximately $1.2m. He says proceeds of the sale would be applied towards debt repayment and also provide capability for future acquisitions.

“We are considering a number of development options for all of the surplus land, should the sale not proceed, or for the remaining 5000sq m, if it does go ahead, which could potentially add further value to the 862-880 Great South Road holding.”

Houlker says the surplus land provides one of the few large-scale development opportunities available in this location.  He says the property is in a prime position in one of Auckland’s most sought-after industrial precincts with the Southern Motorway at its rear and the intersection with the South-eastern Highway around 300m away.

Americold NZ Ltd has a lease expiring November 30, 2019, with primary producers logistics company Icepak Limited to lease the property for 12 years from December 1, 2019, with two six-year rights of renewal.

Phillips says the property has an exceptionally long lease tenure for industrial premises totalling 13.5 years. “Another attractive feature of this property is a triple net lease structure which means that Icepak is responsible for all operating and capital expenditure during the term of its lease.”

Icepak’s lease is guaranteed by parent company Hall Group which was established over 40 years ago and operates a transport and logistics business across New Zealand primarily focused on refrigerated transport. Icepak operates from seven sites in the North Island and one in Christchurch.

D&H Steel is one of New Zealand’s largest structural steel fabricators involved in a wide range of projects throughout New Zealand and the Pacific Islands and has at least 9.8 years to run on its initial long-term lease. It expires in April 2033, with two further 10-year rights of renewal, but with a right to break the lease in April 2028 (with notice required to be given in 2026).

Phillips says the property is well located in Henderson offering good access to the Northwestern motorway and with Swanson Rd, a major thoroughfare connecting Henderson with the western suburbs, 120m to the east.

The Hub industrial complex, Seaview, Wellington: A warehouse and distribution centre with 12 tenancies. It comprises four adjoining buildings totalling close to 40,000sq m on 5.2756ha of land in five titles with frontage to Toop St and Port Rd.

Seaview is the largest industrial area in the Wellington region. “Due to its size and critical mass and closeness to Wellington’s motorway network, it should continue to attract and hold a wide range of industrial users including distribution and logistics companies,” says Phillips.

Houlker says increases in Augusta Industrial’s income will be driven by rent review provisions in the portfolio’s leases with fixed annual or bi-annual increases generally ranging between one and 3.5 per cent across about 74 per cent of the rental income and Consumer Price Index increases across around 18 per cent of the remaining income. There are also various market rent reviews across the leases, either at fixed periods during a lease or on renewal.

Augusta Industrial is being structured as a Portfolio Investment Entity (PIE) with tax deducted at an investor’s prescribed tax rate up to a maximum of 28 per cent. Houlker says unlike many property funds, Augusta Industrial intends to make distributions on a monthly basis.

The portfolio will be managed by Augusta Funds Management Limited which will provide asset management, development and project management, treasury and financial management and legal and compliance services. It has total assets under management of around $1.85 billion.

Bayleys Property Services Limited will provide day-to-day property and facilities management services. It has approximately $2.5b of property under management.

Augusta Industrial chair Mark Petersen says the fund will be targeting a geographic weighting of 75 per cent of properties by value within the strong performing locations of Auckland, Hamilton and Tauranga. Assets in other major cities will be chosen for their ability to enhance yield and provide further diversification.

Applications can be made via a Product Disclosure Statement available from Bayleys or by visiting the website www.augustaindustrialfund.co.nz

Details on how the forecast pre-tax return is calculated and the risks associated with the investment can be found in the Product Disclosure Statement.