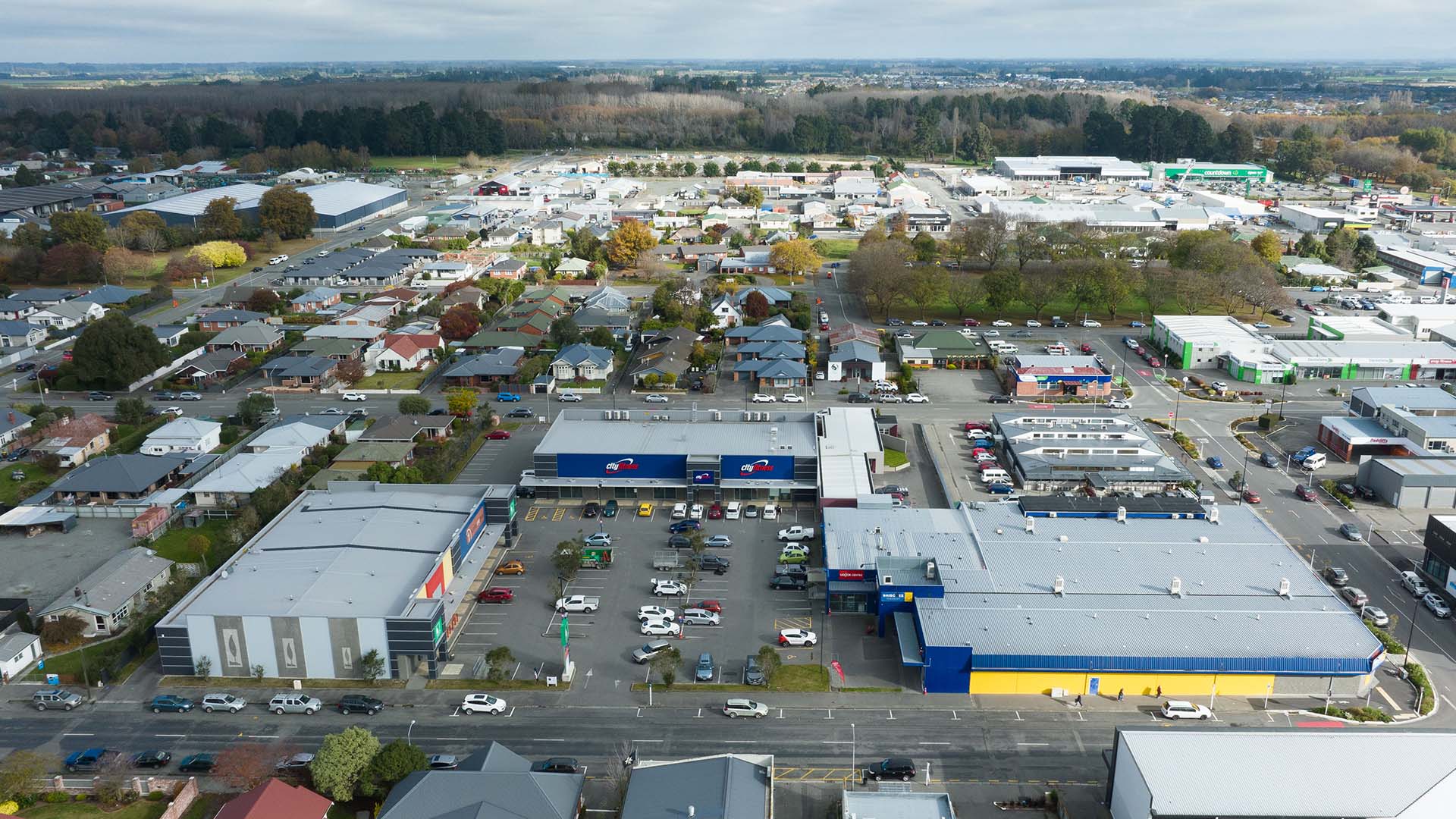 160-242 Tancred Street, Ashburton is a modern and well-presented bulk retail centre, located at the corner of Cass Street and Tancred Street, a prominent position in Ashburton. The property is well presented and configured with 3 separate buildings and ample onsite carparks. The centre features a mix of national tenants including CityFitness, Noel Leeming and Number One Shoes with Briscoes as the anchor tenant. The centre has been extended and refurbished since the Briscoes building was constructed in the late-1970’s. The two modern buildings were constructed in the mid-2000’s.